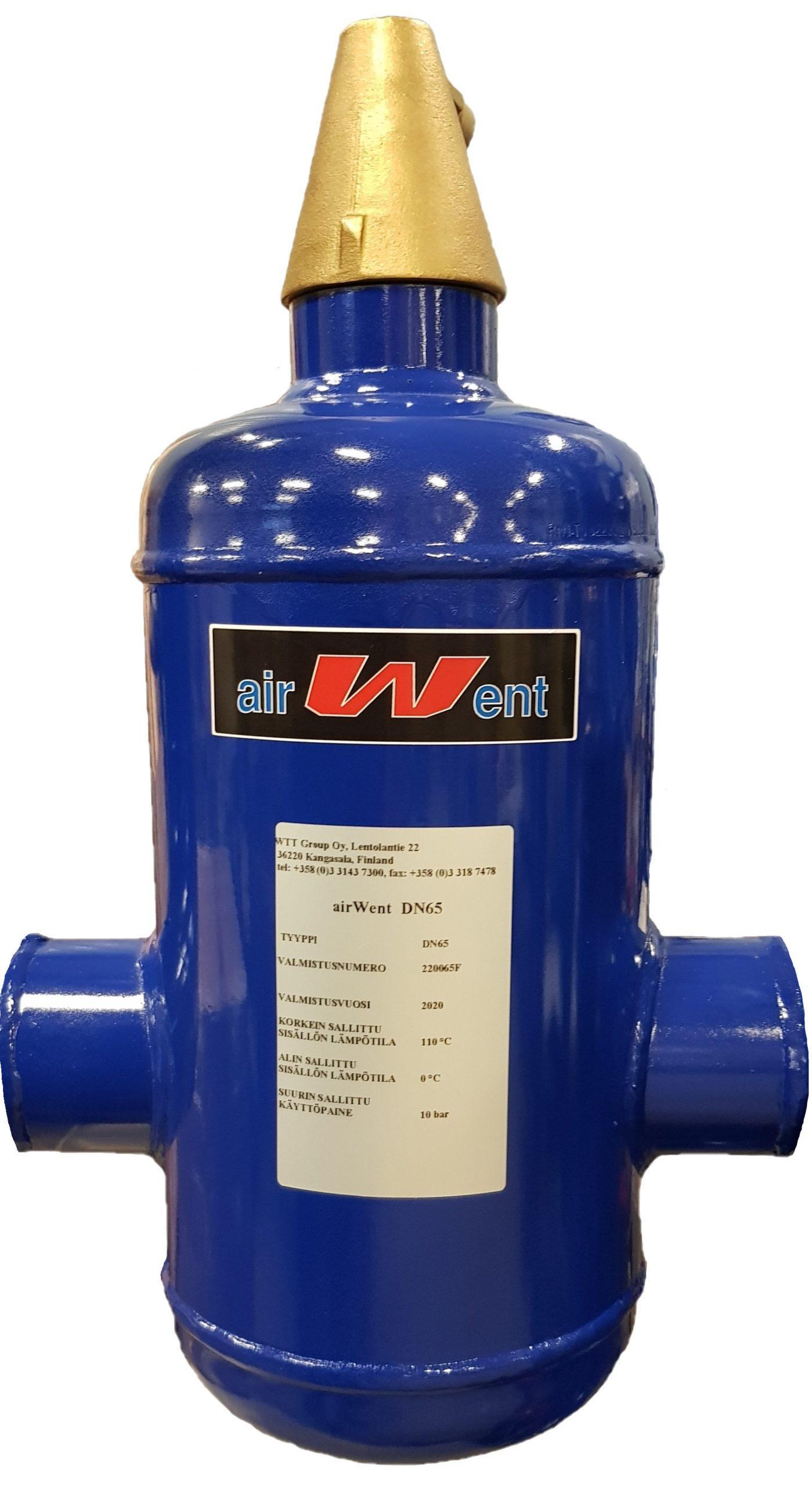 Heating and cooling networks at automatic air and microbubbles remover

Onda Nordic airWent air separators are meant for almost all liquid circulation systems to automatically remove air. airWent removes air bubbles automatically and efficiently without effecting heat & cooling network and doesn’t need to be guarded or looked over. Because of its excellent air separating system (look at the test report on our internet pages), airWent is an unbeatable product for systemic problems in both new and remodeled homes.

airWents system collects air and micro bubbles without effecting the systems flow. The air is collected by a separation net and form a larger bubble. The bigger combined air bubbles will rise to the upper part of the separator. In this upper part of the air separator there is an ingenious automatic air removing combination valve, which lets air in the tank at a higher pressure discharge out from the system into the room.

airWent is almost singular in its build. In addition to the efficient separator net, airWent is equipped with a super clever combination valve, which helps during installation. At the beginning of the filling of the network air is formed in troublesome amounts, this problem will disappear excellently because airWent air separator valve contains a rapid air remover. During the filling of the network, this characteristic is a peerless utility. In addition, airWent is equipped with metering connectors on both sides. With this characteristic we can easily guarantee dependable measurements of the pressure difference over the air separator and so be certain of airWents cleanliness and ideal function. In the situation that the pressure difference would be more than the recommended amount, it is necessary to perform a chemical wash or rinse (get in touch with Onda Nordic Inc. or with is delegate).

AirWent-Standard is meant mainly to remove air from networks.

AirWent-Super is meant for both air and grime/dirt removal. Grime/dirt particles are easy to remove from the large grime/dirt cell’s bottom where the emptying valve is located.

Flanged and Hst models through special order, look at measurements and types in our net pages and get in touch with our sales people!